From my previous post you may have got the impression that I don’t want students to write in groups. Of course this is nonsense. I just wanted to illustrate what can go wrong if writing projects are poorly organised. So here is a small piece on how I think a writing course could be integrated in an (engineering) project,while causing virtually no casualties. Please feel free to comment. 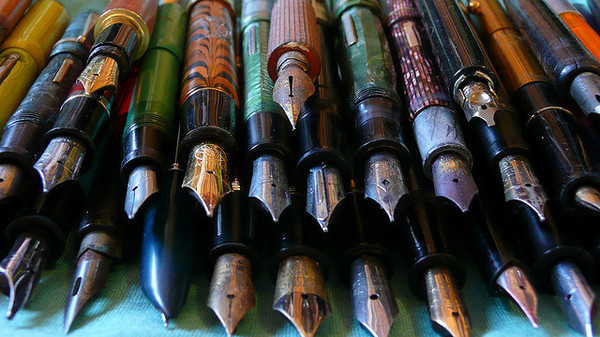 Most of the writing courses I teach are integrated in projects. This means that we spend a couple of lessons on instruction and we discuss the reports the students write for the project. This works quite well, because it gives the students something realistic to write about.

But some of our writing groups are as large as eight to ten students. That sounds like a lot, and it is. How do we deal with that? How do we avoid leeching and students not feeling responsible for anything except the chapter they wrote themselves? Is there such a thing as an ideal group size for learning to write? Can we give individual grades to students when we don’t know what they have contributed to the report?

In real life, the number of people involved in producing any text depends on what they are writing. If it is a Valentine’s card, I guess most people want to do that alone. Novels, too, are usually written by one author. But if you are writing a journal paper about the research you did with a partner, you will want to do that together. And if the five of you have designed something like a bridge or a landing gear or a coffee machine, all the members of the group are involved and everybody contributes text, but usually the chief designer/engineer does the final editing. Constructing the document, fitting all the team’s contributions together into a readable, understandable and convincing report has to be the responsibility of the person whose name comes first on the front of the document. 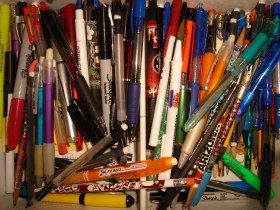 So what does that mean for report-writing courses? Well, apparently, in real life too, only the main author feels responsible for the whole document. If we are going to simulate real life, we should also have students writing in groups consisting of one main author and several specialists. And if we want all members of the group to have experienced being in charge of a writing project, maybe we can achieve this by making the number of reports to be written as large as the number of people in the group and rotating roles for every report they write.

Let’s say we are running a project for which we ask our students to write a design report, a progress report, a test report and a final report. Four students could switch roles for every report so that by the end of the project they will have all performed the role of specialist three times and the role of main author once.

By doubling up on every role, making students work in pairs, we can bring the size of the group up to eight. From an educational point of view working in pairs is not such a bad idea anyway.

If, even though everybody in the project group will have contributed something to the text, only two students will have “written” the report, how do you give feedback? And to whom? And how do you give grades? You really don’t want to discuss a report with two students who wrote it and six students who did not. Also, the teams writing the first three reports will have had less input than the last team, so it would be unfair to grade them on their “own” reports. And besides, they would have their grade fixed too early in the project, which would be a poor incentive to keep coming to class.

So here is what you might do. Each report is discussed with the two main authors only, but the feedback is made available to everybody in the group. Of course the feedback and the way in which the teams communicate their input to the main authors can also be discussed during the lectures. After the final report has been discussed, each team gets the chance to use the feedback to write a new, final draft on which they are graded.

This way, a teacher receives four reports per group of eight students to give feedback on, and another four reports to grade after the project has finished. Also this way, reports are only discussed with people who actually wrote them. Also also this way, leeching will be virtually impossible.