Fear the reaction of your readers. Counting your arguments is a good and powerful way to 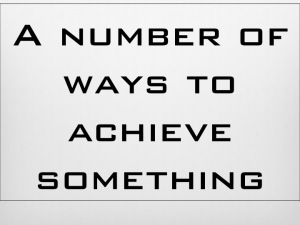 Surprise your readers with a more interesting kind of heading. 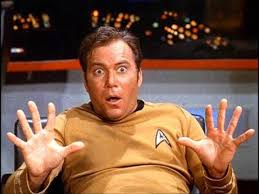 Something they were not expecting. You want to be read? Be different. Stand out from the crowd. Do something new. Boldly combine ideas that no one has combined before.

Use as few words as you can, but no fewer than you need. Headings are important because readers use them as a selection instrument. Am I going to read this blog post or not, is what they’re asking themselves, and if they don’t understand the heading they won’t read your post. Or your technical report. Or your scientific paper. So KISS: Keep It Short and Simple.

Do not stop revising until you’ve got the perfect heading. This can take a long time. Consider leaving it alone for a couple of days if you’re not satisfied yet. Don’t throw away previous versions, you may want to revert back to them later on. Personally, I wrote approximately 20 headings for this post before I decided on this one and I still have them somewhere.

If you are writing for a newspaper or a weblog you can do pretty much whatever you want with your headings (and even here we see a lot of people stealing and copying each other’s ideas, which is boring and which is why am writing this post). At work, uniformity may be expected more often (Look! We’ve been doing it like this for ages so it must be a good idea!). And even if we know that it’s the heading that stands out from the rest that will catch people’s eye, not all your headings can always be spectacularly different from the ones written by your colleagues. Some of you have company templates that you have to use and often a particular style is prescribed. But even if you have to do what everybody else is doing and they make you wear that uniform, at least try to make it a red one.

Writers who fail to take this advice seriously will be considered blasphemers and will be poked with soft cushions, with all the stuffing at one end. And if they don’t confess their blasphemy they will have to sit in a comfy chair until teatime.

Eén opmerking over 'Three, no four ways the Spanish Inquisition will help you write better headings than this one.'